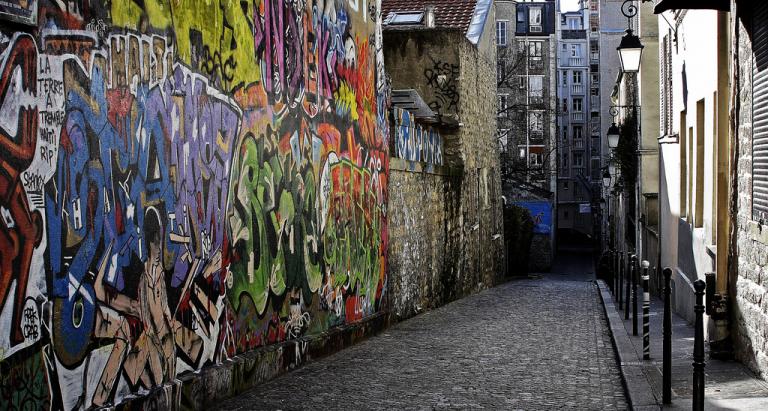 The Butte aux Cailles, a village in the heart of the capital

Do you know the Butte aux Cailles ? Often overlooked by tourists, this district of Paris is one of the few to have kept its old soul and village spirit intact. This little piece of an older world is somehow isolated from the bustling capital and its gentle slopes are ideal for strolling. You’ll find no historical monuments here, only a haven of peace that owes its charm to its peaceful streets, greenery and convivial atmosphere. At night, the neighbourhood comes alive around the many bars gathered in the vicinity of the Rue de la Butte.

The charm of a well-preserved district

The Butte aux Cailles is located in the 13th arrondissement of Paris, close to the COQ Hotel. Rising only 63 metres above sea level, it can’t compete in stature with its 130-metre-high cousin, the more famous Montmartre. Yet it has its own delightful personality and is kinder to walkers! The little houses with their colourful doors, the verdant courtyards and picturesque streets offer a pleasing departure from the Haussmann-era style of central Paris.

Our tips for a walk

From the Corvisart Metro station head to the Rue du Moulin des Près. The Butte is at the top of this street. As you continue straight on this shopping thoroughfare you’ll be charmed by the old street lamps and small cobbled side streets. After arriving at the Place Paul Verlaine, a traditional village square with a beautiful drinking fountain offering very pure water, you can continue on the Rue de la Butte aux Cailles. This is the nerve centre of the neighbourhood and it really comes alive in the evening. You’ll notice the pretty alleyways on each side of the street, such as the Passage Boiton. Take a detour along the Rue des Cinq Diamants to see the works of various street artists.